Brent Crude and WTI Continue to Tumble on Monday 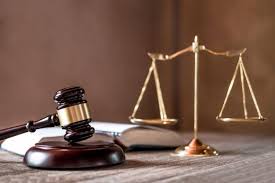 A Missouri natural gas company is seeking a rehearing with the U.S. Court of Appeals for the District of Columbia Circuit in an effort to continue operating the Spire STL Pipeline as utilities prepare for the winter months, according to a published report in The Missouri Times.

Spire Missouri was granted a certificate of convenience and necessity by the Federal Energy Regulatory Commission (FERC) in 2018, allowing the construction and operation of a 65-mile interstate pipeline. Though the pipeline began providing service in 2019, three federal appellate judges vacated the approval in July 2021 and remanded the issue back to FERC.

Spire and the pipeline applied for a rehearing before the court last Thursday, warning that changes to its supply system and operations could not be reversed and the company lacked the resources to replace the supply to the St. Louis area if the pipeline was shut down.

“Because of these changes, if the STL Pipeline is shut down, Spire Missouri will not have sufficient natural gas supply to meet the demands of the St. Louis region during the upcoming winter season and faces the prospect of major losses in natural gas service during cold weather events,” said Scott Carter, Spire Missouri President. “Spire Missouri will continue to pursue all legal and regulatory avenues to do what’s right for our customers and ensure access to reliable, affordable, and safe delivery of energy for eastern Missouri and to the families and businesses we serve.”

Carter referenced the severe winter weather that paralyzed the Midwest in February, leading to outages and supply chain issues in numerous states which resulted in a significant rise in customer costs. With the pipeline in place, Carter said the financial impact on customers in the eastern part of the state was about 10 percent lower compared to the western portion of Spire’s service area.

Spire noted that if taken offline, the project would leave 175,000-400,000 customers in the region without service, with a gap lasting up to 100 days before another source is connected.

Spire filed for an emergency certificate last week to keep the pipeline in operation while FERC decides its fate. This request is supported by Missouri’s Public Service Commission. A spokesman for Spire said FERC had yet to take action on the request, noting the latest application was an attempt to examine a legal option while continuing to pursue regulatory approval.

The issue was remanded after a 2019 lawsuit filed on behalf of the Environmental Defense Fund (EDF) argued the commission failed to prove the pipeline’s benefits would outweigh any adverse effects before granting its approval. Spire opposed the argument, pointing to the commission’s 18-month consideration before signing off on the project.

EDF responded to the pipeline’s brief filed Thursday, alleging Spire took other assets offline and increased its reliance on the pipeline after the commission’s initial approval.

“The D.C. Circuit Court’s decision to vacate FERC’s unlawful approval of the Spire STL pipeline was firmly supported by precedent and appropriate in light of the serious deficiencies in FERC’s orders,” said Natalie Karas, EDF’s senior director and lead counsel for energy markets and utility regulation. “FERC must carefully evaluate Spire’s extraordinary request and protect ratepayers, landowners, and local communities impacted by the unlawful pipeline. Left unchecked, Spire stands to profit from a problem of its own making.”

FERC Chair, Richard Glick, voted against the proposal in 2018. He presented a similar argument to EDF’s at the time, calling the project an “effort to enrich Spire’s corporate parent rather than a needed piece of energy infrastructure.”