Rep. Hern says the nation’s true leaders are back home—not in Washington DC 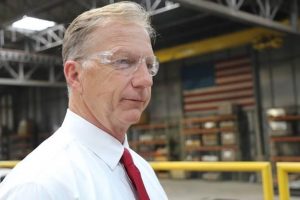 One was with management and workers at the Midwestern Manufacturing & Pipe Line Products company in Tulsa. Their discussions focused on the importance of U.S. manufacturing and American energy independence.

“The people at home are the true leaders of our nation” said Rep. Hern in a released statement.

He said the country is at a crossroads where citizens have to decide who has earned trust and respect.

“ Who has earned the right to lead and influence our communities? Parents, pastors, teachers, small business leaders, civic organizations, local governments, or Washington D.C.? We have reached the point where we must ask ourselves if there is a sphere of society where we don’t want the federal government to dictate terms. People in D.C. would like you to think they are the smartest people in the world, but I know better.”