Another rebound for oil prices on Friday—can it hold? 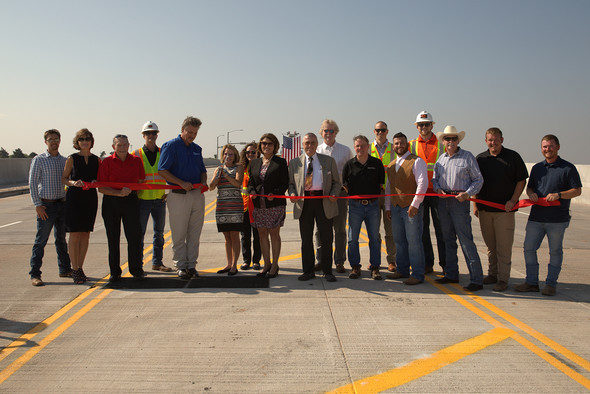 Oil and gas operations between Yukon and El Reno received another I-40 interchange on Friday as the Frisco Road project was dedicated and formally opened by the Oklahoma Department of Transportation.

The interchange is the third between the two Canadian County cities. The two others are Banner Road and Radio Road which are located adjacent to extensive field operations of energy companies.

“It’s rare to add a new interstate interchange and projects like these only can be achieved through great partnerships like the one we have with the City of Yukon. This new gateway into the city will help alleviate traffic congestion at Garth Brooks Blvd., and it creates new opportunities for economic development in the area,” Gatz said.

“We are thrilled to witness the ribbon cutting for the Frisco Rd. interchange. Many Yukon leaders have banded together over the past decade to see this happen, and it’s finally here. This interchange will mean so much to our community, opening up many opportunities for growth,” Selby said.

The $14 million project is the result of a partnership by the City of Yukon, Oklahoma Transportation and the Federal Highway Administration. The contract was awarded in July 2020 to Sherwood Construction Co. Inc. of Tulsa. While the project is substantially complete and open to traffic after Friday morning’s ribbon cutting ceremony, motorists can expect the following traffic impacts through September as work is finalized:

Drivers are reminded to use caution in the work zone as the final tasks are completed and are urged to always buckle their seat belt each and every time they get behind the wheel.