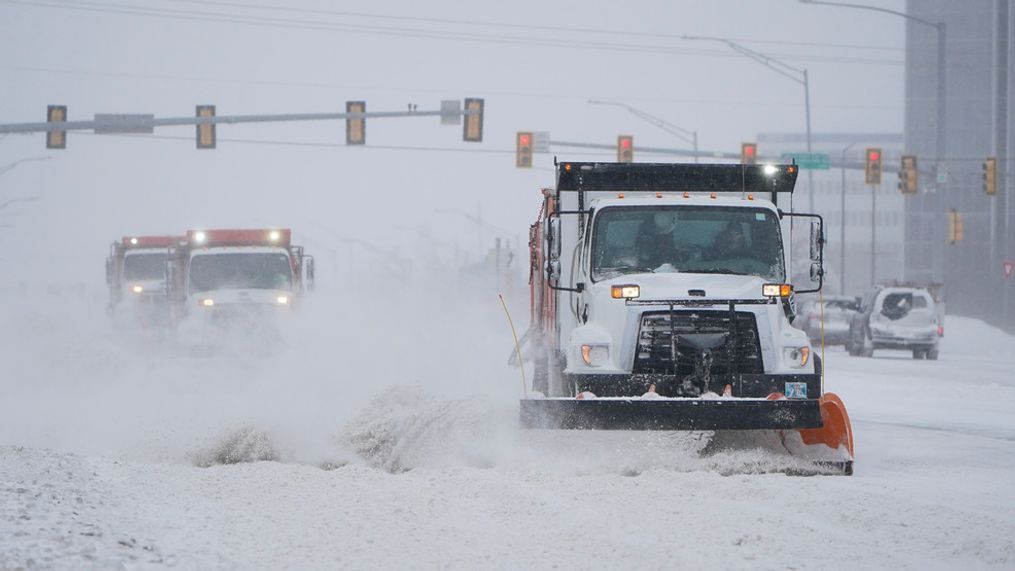 The February winter storm that hit Oklahoma and the rest of the Southwest and Midwest resulting in power outages and rolling blackouts is about to possibly hit customers of Oklahoma’s major utilities a second time—with increased utility bills.

Documents filed in recent days with Oklahoma regulators indicate consumer groups are critical of the rate hike requests and ready to do battle with the utilities.

The Corporation Commission has set an Oct. 11 hearing before an Administrative Law Judge to consider an $875 million rate hike request by Oklahoma Gas and Electric and is considering a similar hearing for Public Service Company’s $732.5 million request.

If approved, OGE’s request would increase the monthly charge of its average residential customer by $3.93. OGE made the request explaining the $875 million was for fuel, the purchase of power and “related” costs during the February winter storm.

The consumer group VOICE or Voices Organized in Civic Engagement is already critical of the OGE request, stating in an Aug. 17 filing with the commission it questions whether the “Feb Freeze actions by Utilities were “prudent and reasonable” and will be a corporate “whitewash” in protecting a monopoly’s supposed financial secrets.”

“How close the OCC is with the regulated utilities is worrisome,” wrote VOICE in its filing, adding, “The public has a right to know how involved were Oklahoma utilities with “financial-only” suppliers.”

VOICE questions whether utilities were truly prudent on contracting for natural gas supplies in early February when prices were low “or was there last-minute binge-buying at the highest rates?”

The consumer group is urging the regulators to carry out a day-by-day analysis and review to determine whether utility actions were not prudent and reasonable. It also urges the commission to compare the Southwest Power Pool hourly/daily median fuel prices to show if Oklahoma utilities were over-paying during the freeze.

“For the OCC to not be known as the Corporation “Bail-Out” Commission, upcoming hearings on the Feb Freeze are crucial,” wrote VOICE. “OCC Commissioners may wish to quote their campaign literature and promises to voters during these hearings.”

Documents on file with the Corporation Commission indicate that PSO’s request to cover $732.5 million in fuel, purchased power and related costs would result in an increased monthly charge of approximately $4.02 for the average residential customers. It would amount to a 19.4% increase in the base rate for all classes of PSO customers.

The documents filed on August 18 do not reflect a date set by the commission for an Administrative Law Judge hearing on the PSO request.

The OGE hearing set for Oct. 11 is scheduled to begin at 8:30 a.m. and “continuing until the record is closed” at the Commission headquarters.

Documents on file with the Public Utilities Division at the OCC show State Attorney General John O’Connor’s office is not objecting to how PSO will allocate a base rate increase.

An Aug. 18 filing by Walmart indicated that electricity is a significant operating cost for the company.

“When electric rates increase, the increased cost to retailers can put pressure on consumer prices and on other expenses required by businesses to operate,” warned Lisa V. Perry, Senior Manager, Energy Services with Walmart Inc.

Walmart operates 134 retail units, two distribution centers and employs more than 34,000 associates in the state and in fiscal year ending 2021, the firm purchased more than $486 million in goods and services from Oklahoma-based suppliers.

The Oklahoma Industrial Energy Consumers also raised questions about the PSO request. In an Aug. 18 filing, the OIEC note PSO wants a $17.4million increase for the large industrial customers which if approved would result in a 38% increase in base rates and 14.26% in overall rates.

“An increase of this magnitude for manufacturing companies’ electric costs could have a significant adverse impact on Oklahoma’s economy,” wrote Thomas Schroedter with the OIEC. “Every dollar spent on electricity is a dollar that cannot be spent on Oklahoma jobs.”

The industrial group called the increase increase to large industrial customers “unwarranted and ill-advised” and claimed PSO filed to provide sufficient information to support its dramatic change in cost assignment to the class.

“There are important public policy reasons the Commission should not allow a new, unsupported change to the SL2 (large industrial) class at this time, particularly because businesses are desperately trying to recover from the disastrous economic downturn caused by COVID-19,” added Schroedter.