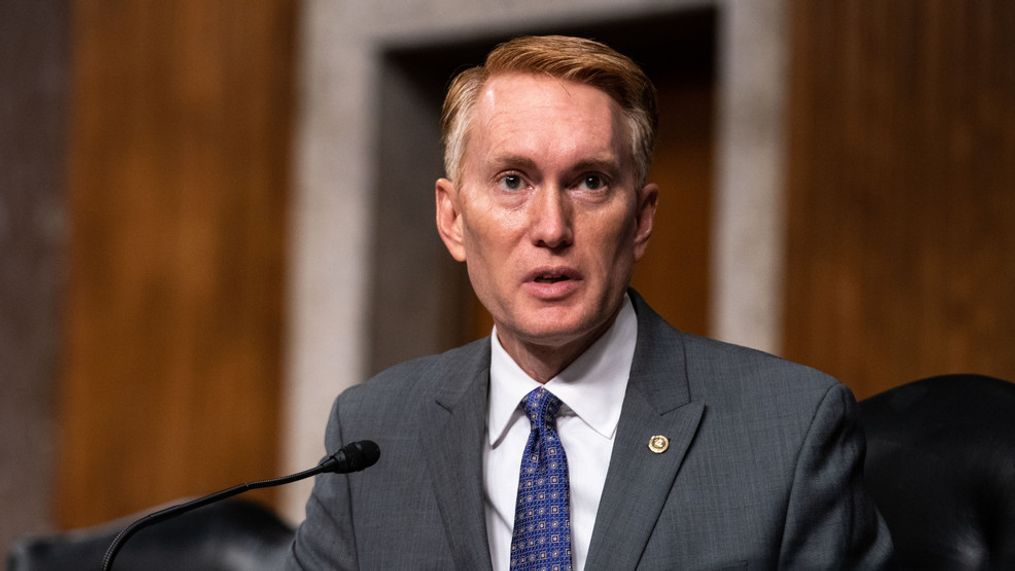 Oklahoma U.S. Sen. James Lankford pushed a Biden nominee Tuesday on the subject of whether federal agencies or congress have the power to make law.

It came during a Senate Energy and Natural Resources Committee hearing to consider nominations for the Department’s of Energy and Interior. Lankford, obviously disturbed over activists nominated by Biden used his questioning time to raise the question to one of them.

Lankford’s questions to Cynthia Weiner Stachelberg, a nominee to serve as Assistant Secretary of the Interior (Policy, Management, and Budget), centered on her previous remarks made while working at the Center for American Progress opposing Congress’s “recalcitrance” to enacting stricter gun laws and how laws passed by Congress “limit” the Executive Branch’s ability to regulate. Lankford sought an answer from her on whose job it is to make laws and whose job it is to execute them.

Lankford referenced Oklahoma’s experience dealing with the conservation of the lesser prairie chicken as a way federal agencies must take direction from Congress and not make activist policies outside of the law in order to make sure laws are workable for Oklahomans.

Last week, Lankford joined Senator Jim Inhofe (R-OK) to lead a letter to the US Fish and Wildlife Service (FWS) urging them to extend the public comment period by at least six months for the proposed rule listing the lesser prairie-chicken (LPC) on the Endangered Species Act (ESA).

Lankford: …Can agencies decide what they want to do, or are those parameters set by Congress?…In 2016 you wrote at one point, ‘In the face of persistent inaction in Congress, to close the gaps in the nation’s gun laws that leave many communities vulnerable to near daily gun violence, today’s commonsense actions demonstrate this Administration’s continued commitment to taking a comprehensive approach to address this public health crisis.’ Okay. No issue there. Then the next statement is, ‘the Center for American progress is eager to continue working with leaders across the country to follow the President’s example to explore opportunities to take action now without waiting for a recalcitrant legislature.’ That’s one. In 2013 you wrote, ‘There are more than a dozen appropriations riders passed each year, typically without any discussion or debate, which significantly limit the federal government’s ability to regulate the firearms industry. Congress has interfered with the Bureau of Alcohol, Tobacco, Firearms, and Explosives, and its ability to fulfill its mission by enacting riders to the appropriations bills that dilute its power over licensed gun dealers.’

So, the reason I ask is, it’s a philosophical question, but it is a practical effect to try to figure out just your perspective on whether Congress has the authority for instance to give instructions, do legislation. That’s appropriations riders, is legislation, to give instructions to the Bureau of Alcohol, Tobacco, Firearms, and Explosives to be able to deal with what they can do and cannot do or to be able to deal with firearms, or if agencies or entities—or your office in the future in dealing with firearms policy on Department of the Interior lands, for instance—what that’s going to look like. How wide is that latitude or is that set by Congress.

Weiner Stachelberg: …Absolutely Congress passes laws and works with agencies. As you know, the Executive Branch has the ability to pass regulations, and so one of the things I’m looking forward to if I’m confirmed is working with Congress to achieve policies that address climate change, affect the conservation of our public lands, and that’s the job that I’m before you now seeking to talk about. So if you’re asking me whether agencies have latitude to issue regulations and Congress has latitude to pass laws and write appropriations riders, absolutely both of them are true.

Lankford: …In Oklahoma for instance, we’re dealing with the lesser prairie chicken in the western side of our state. We’ve done a lot of voluntary cooperation. Our farmers and ranchers and commercial entities have done a lot of work, and when the agency steps in and says, ‘Thanks for all your work on this, but now we’re going to take it from here,’ it diminishes some of that. So, we do have some work to be able to do to be able to actually have the Endangered Species Act be successful—because I don’t see a two percent graduation rate as successful. So there’s some things that we still need to be able to do to try to recover these species and graduate them off.