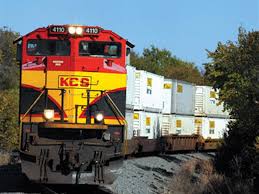 Kansas City Southern announced that it has rejected a $31 billion bid by Canadian Pacific Railway Limited because it does not constitute a “company superior proposal” for the railroad, according to a press release issued by the company on Thursday. Instead, the KCS Board of Directors voted unanimously to proceed with a $33.6 billion merger deal with Montreal-based Canadian National. On May 21, 2021, Kansas City Southern and Canadian National entered into a definitive merger agreement after an initial offer was made a week earlier.

Kansas City Southern is attractive to both Canadian railroads because it controls strategic cross-border routes into Mexico and capitalizes on expanding trade across North America.

Kansas City Southern may delay the vote if the U.S. Surface Transportation Board does not issue its decision on the acquisition plan before the scheduled meeting. It’s not clear how the regulatory board will rule because its current merger rules haven’t been tested. The new rules were adopted after a series of service problems delayed shipments as the industry was left with six large North American players after several railroad mergers during the 1990s. Regulators have said that any deal involving one of the nation’s six largest railroads needs to enhance competition and serve the public interest to receive its approval.

Canadian Pacific believes the acquisition would damage competition across the United States because the railroads operate parallel rail lines connecting the Gulf Coast to the Midwest. Canadian Pacific officials have also said that Canadian National’s plan would add to rail congestion in the Chicago area and bring a flurry of merger and acquisition activity among the railway industry.

Canadian National has said it believes it can address the competitive concerns through its operating plan and by selling 70 miles of track between New Orleans and Baton Rouge, Louisiana, where Kansas City Southern’s network directly overlaps with Canadian National’s tracks. Canadian National said that after the merger, it would also maintain its connections with other railroads to allow customers to ship goods using a combination of different railroads if they choose.