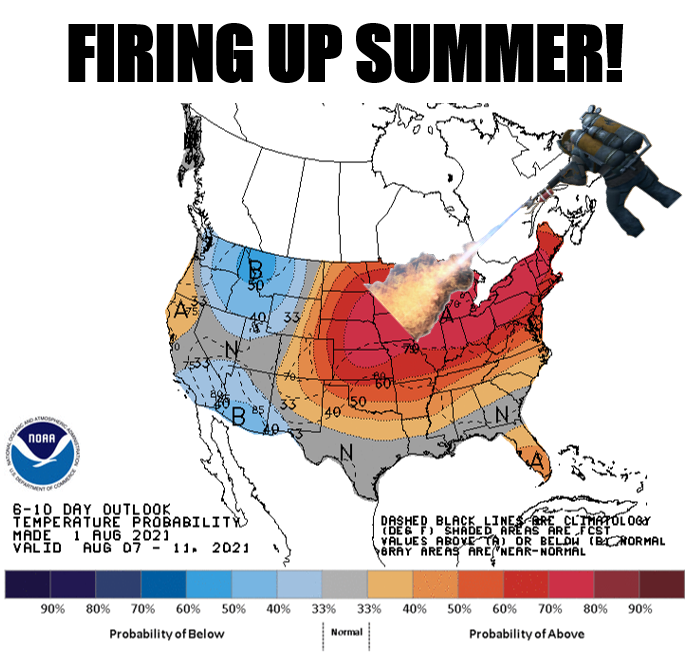 Okay, the last week of July was a bit of a challenge but the analysis by the Oklahoma Mesonet shows the month wasn’t really as sweltering hot as we might have thought.

State Climatologist Gary McManus, in his Monday morning Mesonet report said July was actually “mild” for the most part and extreme temperatures were in short supply.
What made the difference, he explained was the high humidity.
“The statewide average temperature as measured by the Oklahoma Mesonet finished at 79.5 degrees for the month, 2.4 degrees below normal and ranked as the 22nd coolest July since records began in 1895,” he wrote on Monday.
A decade previous in July 2011, Oklahoma established its record highest statewide average monthly temperature at 89.2 degrees. The mark was not only the highest for any Oklahoma calendar
month, but for any calendar month for any state since records began in 1895. 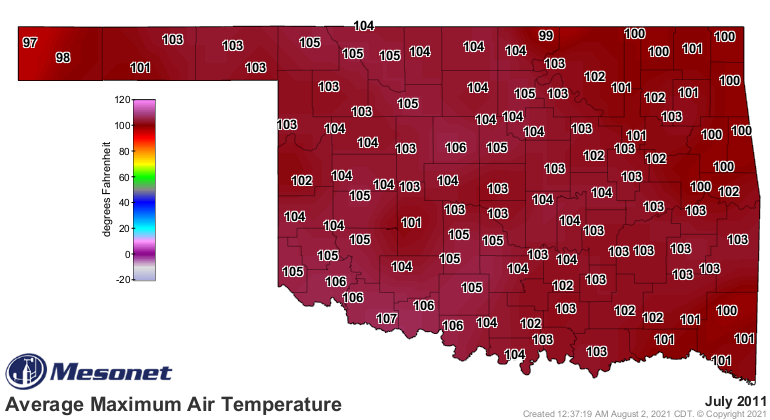 “Severe weather did strike sporadically through the month, mostly in the form of severe winds as is common to summer months in the Southern Plains. One tornado touched down near Yale in Payne County on July 7, an EF-1 twister that damaged
homes and outbuildings. That brought 2021’s preliminary tornado total through July to 25 according to the National Weather Service,” wrote McManus.
He said the state has averaged 50 tornadoes in the first seven months of the year from 1951 to 2020 while the annual average is up to 57.2 tornadoes.