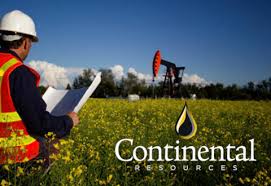 Continental Resources announced its annual shareholders meeting will be held Thursday, May 20.

In a proxy filing with the Securities and Exchange Commission, the company said shareholders will be asked to vote on the election of members to the Board of Directors, the ratification of independent auditors and the compensation of the firm’s named executive officers.

The virtual meeting will begin at 10 a.m.

Proxy materials were mailed this week to shareholders.