Phillips 66 Partners pulls out of planned pipeline to Cushing 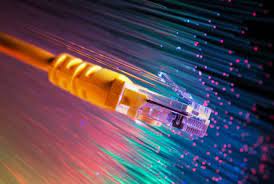 Oklahoma Gas and Electric announced that it has entered into an agreement with Dobson Fiber to upgrade the resiliency and capacity of the company’s communications network backbone to accommodate new grid automation and mitigate risk of wireless interference on the traditional microwave system.

Through the agreement, the two Oklahoma headquartered companies will build approximately 350 miles of new fiber and leverage over 600 miles of Dobson’s existing network to connect key infrastructure.

“One of Dobson’s core strengths is building and maintaining fast and reliable fiber networks,” said Francisco Maella, CEO of Dobson Fiber. “This agreement furthers Dobson’s commitment to deploying fiber-based networks in all parts of the state, which is consistent with the State of Oklahoma’s initiative as well.”

As part of the company’s continued grid enhancement efforts to deploy increased grid automation, monitoring and operational technologies, the agreement with Dobson will upgrade the OG&E network bandwidth from 150 Megabits per second (Mbps) to 10 Gigabits per second (Gbps).

Network security and resiliency will be enhanced, and network reliability and uptime will be increased by adding redundancy using fiber, microwave and links to carrier networks. Moreover, it mitigates the risk of wireless interference as FCC regulations evolve.