Nine Energy to release 1Q earnings report in early May 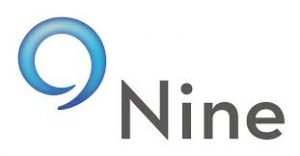 Coming off a $35 million net loss in the fourth quarter of 2020, Houston-based Nine Energy Service plans to release its first quarter earnings report in early May.

The firm, with operations in Oklahoma will release the report on May 6 and hold an earnings conference call at 9 a.m. Central Time.

The fourth quarter 2020 report, released in March showed revenues of $62 million, a net loss of $35.4 million and adjusted EBITDA of $13.9 million.

Company President and CEO Ann Fox said at the time that the holiday and weather shutdowns were not as pronounced as expected.

“Activity improvements are reflected in our 25% increase in revenue quarter over quarter; however, a combination of continued pricing pressure, as well as one-off, non-cash items negatively affected net loss and adjusted EBITDA.”