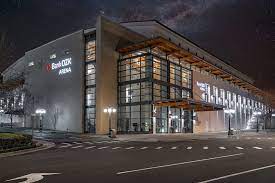 The operator of the Hot Springs, Arkansas Convention Center has paid a $238,450.96 monthly gas bill it received after the February winter storm, but it did so under protest, accusing the gas supplier of “price gouging.”

The Hot Springs Advertising and Promotion Commission paid the bill and also filed a complaint against the natural gas supplier with the Arkansas attorney general’s office.

The Northwest Arkansas Democrat-Gazette reported the complaint was filed against Symmetry Energy Solutions.