Proxy filing made by ONEOK for approaching annual shareholders meeting

Crude oil prices remain under $60 in US trading 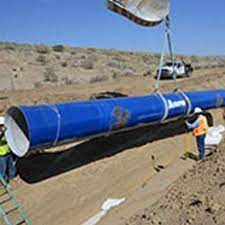 A massive, $1 billion project to provide a safe and reliable source of drinking water throughout northwestern New Mexico and tribal nations is better positioned for coordinated implementation after tribal, state and federal partners recently signed a Memorandum of Understanding (MOU).

The project, more than a decade in the making, will serve a quarter of a million people.

The Navajo Nation, New Mexico Environment Department and the U.S. Environmental Protection Agency recently signed the MOU to support the success of the Navajo-Gallup Water Supply Project (NGWSP), which will ultimately provide drinking water to an estimated 250,000 people based on population projections by 2040.

The NGWSP will provide drinking water to the City of Gallup, 43 chapters in eastern Navajo Nation, the southern region of the Jicarilla Apache Nation and the community of Lybrook, among many others. 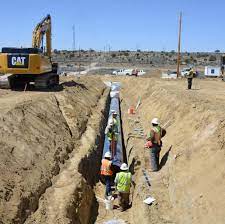 The communities along the pipeline’s route currently have access to drinking water. However, these communities rely heavily on rapidly diminishing groundwater supplies, sometimes of poor quality. The pipeline will draw from surface waters in the San Juan River Basin and connect to existing systems to provide a more sustainable, high quality and long-lasting solution to the water needs of those communities.

Congress appropriated funding for the project under the Omnibus Public Land Management Act of 2009 as part of the Navajo Nation San Juan River Basin Water Rights Settlement in New Mexico. It will consist of 300 miles of pipeline, 20 pumping stations and two treatment plants. Plus, approximately 650 jobs will be created throughout the life of the project. 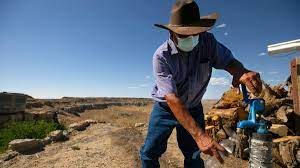 “We owe a lot of gratitude to our past Navajo leaders who helped negotiate and finalize the historic San Juan River Water Rights Settlement years ago,” said Navajo Nation President Jonathan Nez. “Many families will soon have access to running water in their homes thanks to the work being done with our state and federal partners. We appreciate the support of everyone involved, including those from the State of New Mexico and at the federal level.”

“This colossal collaboration will truly improve the quality of life for hundreds of thousands for years to come,” said New Mexico Gov. Michelle Lujan Grisham. “Thank you to our federal and tribal partners for working with us on fulfilling a basic human need for a quarter of a million people.”