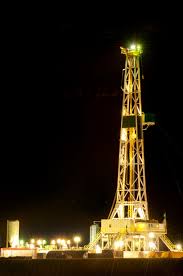 The weekly Baker Hughes rig count showed an increase of one to 403 in the U.S. over the past week while Oklahoma numbers were unchanged at 17 active oil and gas rigs.

The national figures showed an increase of one oil rig to reach a total of 310 while the number of gas was unchanged at 92. The total U.S. count is 390 below the 793 reported last year at this time. Since then, the count includes 372 fewer oil rigs and 17 fewer gas rigs.

Oklahoma’s count of 17 compared to the 46 reported one year ago. Texas saw an increase of 5 to reach a total of 202 rigs, exactly one half from the count a year ago.

Colorado remained unchanged at 8 while New Mexico’s numbers fell by one to 61. The Red Top Rig Report published by the Independent Oil and Gas Service showed the rig count in Kansas increased by three to 18.

North Dakota numbers slipped one to 13 while Ohio stayed at 7. Pennsylvania numbers were also unchanged at 20. West Virginia numbers stayed at 11 and the count in Wyoming continued at five. 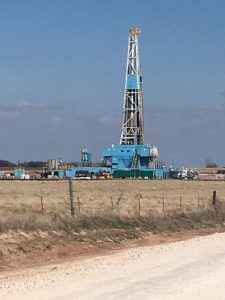 The Woodford plays in Oklahoma still have no drilling activity. The D-J Basin in Colorado was unchanged at 7 rigs while the Eagle Ford in South Texas so no changes and continued with 29 rigs.

The Granite Wash in Oklahoma and Texas still has no rig activity, based on the report by Baker Hughes Co.

The Haynesville continued with 46 rigs. The Marcellus was also unchanged at 31. The Mississippian in Oklahoma and Kansas has no reported rig activity. The Permian Basin remains the strongest of the oil plays and saw an increase of three to 211.

The Utica continued with 7 rigs and the Williston saw a decline of one to 13.