Rig counts increased in Oklahoma and across the US 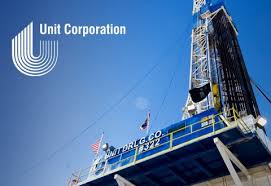 Six months after Unit Corporation emerged from Chapter 11 bankruptcy and obtaining new financing, the company won approval to be traded on the OTC Pink.

The Tulsa-based company said a broker deal was approved by the Financial Regulatory Authority to initiate a priced quotation of the firm’s common stock under the ticker symbol “UNTC.”

Phil Smith, Chief Executive Officer of the Company, stated, “We are pleased that our stock is now trading on the OTC Pink with the support of a market maker, as we believe it has the potential to increase the liquidity of our common stock on the OTC Pink, providing our current and future shareholders a platform on which they can conveniently trade our common stock.”

Unit Corporation emerged from Chapter 11 bankruptcy protection in September 2020 after filing in the Southern District of Texas in May of that year. It cited $1 billion in debt at the time.