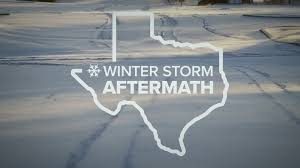 An Austin-based analytics firm, Enverus released a report this week on its study of the winter storm that crippled Texas last month, a report that said natural gas is still needed as a backup to renewable energy production.

“The finger pointing resulting in 4 million without power and 70 deaths really needs to stop. There is plenty of blame to go around,” said Bernadette Johnson, senior vice president of power and renewables at Enverus. “No system in the country is immune to this. Some systems are more fragile, but no system is without risk and that’s an important lesson not only for Texas but the nation.”

Entitled Winter Reaches Texas, the report was released this week and was described by Enverus as an objective and unbiased look back at the exceptionally cold weather beginning on Feb. 10.

“While it’s easy to blame frozen wind turbines on those who promote renewable energy, or elected officials or transmission companies or ERCOT, this is a record event. No system in the country is immune to this,” continued Johnson.

“Texas was not prepared for this cold snap. And that’s truly unfortunate because this event looks eerily similar to what happened the first week of February 2011,” she added.

Johnson credited the Electric Reliability Council of Texas for preventing the situation from turning worse during the storm.

“As chaotic as it was, the whole state was minutes away from full blackout. Looking forward, no solution is perfect and likely to have costs that vary wildly. Ultimately, those costs will be borne by consumers, whether it’s homeowners, commercial businesses or industrial facilities.”