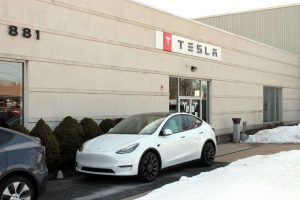 While Oklahoma legislators are fighting attempts to allow electric vehicle manufacturers to sell directly to consumers and avoid going through new-car dealerships, the state of Connecticut appears headed in the opposition direction.

As OK Energy Today reported this week, a bill in the Oklahoma legislature would reinforce the state law that forbids manufacturers from direct-sales to consumers. But a Connecticut legislative committee voted this week in support of a measure to allow Tesla’s proposed direct sales.