2020 oil and gas production was a record in New Mexico 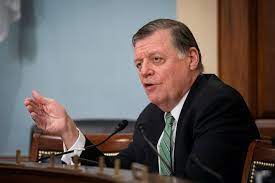 Rep. Cole announced that Sullivan was hired to be his advisor and lead the legislative team as Senior Advisor. Sullivan has held a variety of senior public policy roles across both the legislative and executive branches of the federal government and in the private sector – with an emphasis in appropriations, defense, foreign affairs, transportation, workforce and labor policy, agriculture and more.

“I am delighted to welcome Adam Sullivan to my office as Senior Advisor,” said Rep. Cole. “His vast knowledge, tremendous experience and incredible expertise will indeed be a guiding force that greatly benefits the Fourth District of Oklahoma. I look forward to our work together in the days ahead.”

The Congressman announced other changes to his staff including the promotion of Shane Hand to Senior Policy Advisor, Health, specializing on health issues and advising Rep. Cole on a variety of other policy areas. Hand previously served the office for two years as Legislative Assistant.

Another promotion was that of Sofia Deiro to Legislative Aide, managing constituent correspondence and helping with legislative issues.

Along with these promotions, Carter Cloud will continue serving in the office as Legislative Assistant, now handling Native American issues within her legislative portfolio.

In addition, after two years of service in a variety of positions, Melissa Stooksbury has been promoted from Press Assistant to Press Secretary. In her new role, she will continue contributing to Cole’s press shop while also serving as a new main point of contact for Fourth District and Oklahoma media outlets.

Finally, Emily Banister has been hired to serve as Staff Assistant. Prior to joining in this capacity, Banister served the office over the years in both official roles and internships.