Oil and gas rig numbers increased nationally in the past week

Bridenstine’s NASA successor reportedly to be a former US Senator 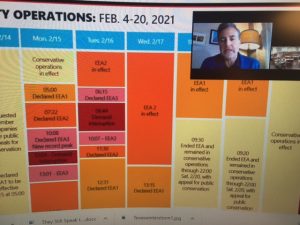 “We’re gonna learn from this.”

It’s what Southwest Power Pool executive vice president Lanny Nickell told Oklahoma Corporation Commissioners during a Thursday power-point presentation and review of the SPP’s handling of rolling blackouts in the state during the February winter storm.

One thing he learned—fingers of blame are not being pointed at any of the energy suppliers whether it is wind, coal or natural gas.

During the storm, some wind turbines froze and others didn’t produce power because of a lack of wind. But freeze-offs also resulted in a lack of transportation of natural gas to the power producers.

“Maybe we need to look at our expectations from each of the industries,” said Nickell upon questioning by Commission chairman Todd Hiett.

“I don’t wanta blame coal, gas or wind,” he added. “In Oklahoma, there is no room for blame.” 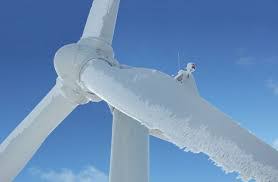 “Wind actually performed like we thought it would,” noted Nickell, adding that icing resulted in 7,000 megawatts being out of service. Oklahoma wind contributed an estimated 50% of wind power to the 14-state power pool on Feb. 12 but on Feb. 16 the contribution had plummeted to 12%.

Natural gas was another matter.

“We needed it the most,” said Nickell. He explained that natural gas provided up to 36% of the power on the two critical days that resulted in the SPP issuing Energy Emergency Alert or EEA Level 3 notices which prompted rolling blackouts.

The SPP is preparing a report on its review of the power crisis that hit Oklahoma and the other states. It is expected to be available in July and will cover how the 104 members in the 14 states responded during the storm.