Solar boom predicted in US by 2030 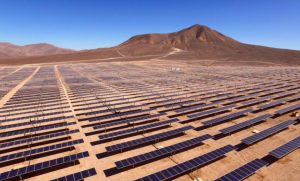 The number of solar projects across the the U.S. is expected to increase by four times in the next several years, thanks to an extension of an industry subsidy late last year.

Whether some of that will occur in Oklahoma remains to be seen, largely because electricity rates are comparatively low in the state according to Oklahoma Energy Secretary Ken Wagner. It’s what he explained in a recent radio interview.

Still, the nation will see a large increase in solar farms according to the U.S. Solar Energy Industries Association. It predicts the energy sector will install 324 gigawatt of capacity by 2030 which is more than three times the nearly 100 GW installed by 2020 reported Reuters.