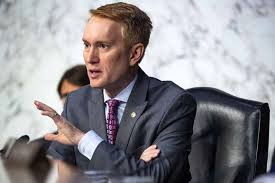 Oklahoma U.S. Sen. James Lankford used his questions during a Senate Committee Hearing on nuclear energy to point out the efforts of the Biden administration and its environmental supporters to reach zero emissions by 2050 would mean at least 100 or more new nuclear energy power plants would be needed.

He pressed his questions of the witnesses who testified during a hearing of the Senate Committee on Energy and Natural Resources, asking them of the role of nuclear energy in the nation’s current generation mix and its prospects for the future.

He noted in his questioning that to get to zero emissions by 2050 that over 100 nuclear energy facilities would have to be built to provide reliable, sustainable energy, because wind and solar would not be reliable enough to cover the energy needs of Americans. 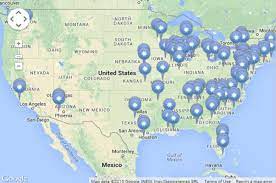 Lankford has supported an all-of-the-above energy strategy to ensure Americans have clean air and water. He recently wrote an opinion piece to illustrate that cancelling traditional energy isn’t the solution to our nation’s needs.

The Senator has encouraged safe methods of transporting energy resources by joining an effort in the Senate to prohibit the President or his Administration from blocking energy or mineral leasing and permitting on federal lands without Congressional approval. He also joined several of his colleagues to call for a meeting with President Biden to discuss several Executive actions that directly impact energy workers.

Lankford also criticized Biden’s recent decision to stop construction of the Keystone XL pipeline, which would safely provide for oil to travel from Canada through the US to the Gulf of Mexico.

On how long it would take to build nuclear energy plants to support enough power by 2050:

Lankford: …you’ve talked a lot about having a power that is more of a smaller, module unit and not trying to create as large. Tell me the advantage of that and how many facilities would have to be built to be able to make a difference on our power source across the country.

Mr. Chris Levesque, President & CEO TerraPower: …if we think about 2050, we envision many small and large nuclear plants. Today most nuclear plants are gigawatts scale…that’s what customers are looking for as they retire coal units, as we work nuclear into an established grid in countries like the US and Europe where there are developed grids. …Certainly as we prove out these first units at 300 megawatts we anticipate growing the natrium output to back up to gigawatts scale. And again if we think about 2050, we imagine many, many nuclear plants around the world. New 300 megawatt units and also new gigawatts as well, providing both electricity and process heat.

Levesque: …it would be scores of plants. It all depends on…

Levesque: It would be scores of plants…the opportunity for these advanced reactors is in the hundreds.

Lankford: So are we talking 1,000 that would have to be built by then?

Levesque: Certainly hundreds…now and between 2050 and that’s why companies like TerraPower are bringing so much private investment because we plan to sell and deliver hundreds of plants. That’s how we’ll get our return on investment.

Lankford: To get to zero emissions by 2050, does anyone have an idea on how many facilities we would have to build by 2050? Because we’ve talked a lot about wind power and solar power and how many acres that would cover—actually, how many entire states that would cover to be able to do that. How many nuclear facilities would we have to build to be able to get to that point by 2050? Does anyone have a good number for that?

Mr. J. Clay Sell, Chief Executive Officer, X-energy: I do not have a good number, but when you’re talking about zero emissions that’s eliminating the entire coal fleet,  eliminating the entire natural gas fleet, and …converting the industrial heat use which is 90 plus percent fossil fuel all to non-emitting base load technologies, and that’s going to require hundreds of plants, hundreds of gigawatts of plants over the next 50 years…we operate basically a hundred gigawatts of plants now in the United States that were built between 1960 and 1995. We’re talking about doing a multiple of that between now and 2050 in order to get close to achieving the kind of decarbonization goals that you outlined in your question.