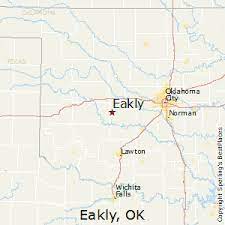 The latest utility to approach Oklahoma Corporation Commissioner’s for help in dealing with high February storm gas costs is the Fort Cobb Fuel Authority based in Eakly.

The Authority followed in the footsteps of other utilities in asking for special regulatory treatment for abnormal gas supply costs. In its filing, Fort Cobb said unless certain regulatory measures were taken by the commission, the authority would have to pass its higher gas prices through directly to its customers.

The Authority serves customers in 18 rural counties and explained its pricing for natural gas started at $3 per Mcf in early February but increased ten to one-hundred-fold, exceeding $300 per Mcf.

Fort Cobb also asked regulators to approve its motion for a protective order, contending that details in its request were “confidential and proprietary information that would be damaging to the company—if released to the public.”

Its request for a protective order would cover gas supply cost and gas pricing information not publicly available, internal analyses and predictions of gas pricing and supply availability and gas supply and transportation contracts.