Oil and gas revenues are still hurting in Oklahoma 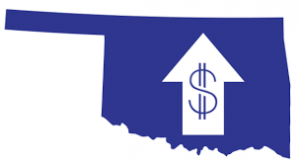 Oklahoma State Treasurer Randy McDaniel sees signs of a slightly improving economy in Oklahoma as February gross receipts were down less than one percent from a year ago while sales tax receipts were up nearly 8%. But oil and gas is still hurting as reflected in the latest tax revenue figures.

Still lagging was the gross production taxes on oil and natural gas which totaled $45.9 million, a decrease of $39 million or 45.9%. 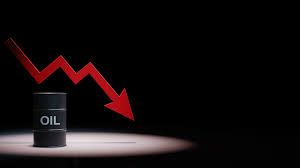 McDaniel said collections from all sources in February total $950.8 million, down by $6 million, or 0.6 percent, from February 2020. Since March of last year, monthly gross receipts have been below prior year collections every month except one, and that was due to the delayed income tax filings in July.

“The Oklahoma economy is performing better than many other states,” Treasurer McDaniel said. “While gross receipts indicate the pandemic is constraining business and personal activity, the state is responding to the significant financial and social challenges relatively well.”

February sales tax collections exceed those of the prior February by $28.2 million, or 7.9 percent. It marks only the second time in the past year that sales tax receipts have exceeded those of the same month of the prior year. Both instances are likely due to expenditure of the two rounds of federal stimulus payments.

The largest percentage of revenue growth for the month and past year is from the medical marijuana tax. The marijuana tax produced $5.5 million in February, a 64.7 percent increase over the year. For the past 12 months, the marijuana tax has produced $60.3 million, a jump of more than 100 percent from the trailing period.

Combined gross receipts from the past 12 months of $13.11 billion are below collections from the previous 12 months by $601.6 million, or 4.4 percent. All major revenue sources show contraction during the period ranging from gross production taxes at 43.6 percent to combined income taxes at 0.8 percent.

The Oklahoma Business Conditions Index in February remained above growth neutral for a third month. The February index was set at 67.1, compared to 65.4 in January, 55.9 in December and 49.4 in November. Numbers above 50 indicate economic expansion is expected during the next three to six months.

Combined gross receipts for the past 12 months compared to the trailing 12 months: