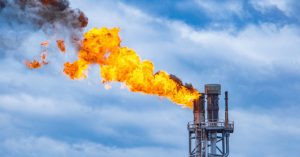 The data came from the Center for Western Priorities which released its annual spill tracker report this week, detailing numbers of oil and produced water spills along with natural gas emissions tracked in multiple fossil fuel states.

The report showed New Mexico oil and gas producers had 1,217 spills in 2020, releasing more than 64,116 barrels of produced water about 13,401 barrels of oil and 1.7 billion cubic feet of methane emissions according to the Carlsbad Current-Argus.