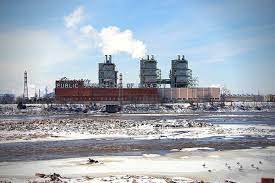 Oklahoma Corporation Commissioners are asked to approve more requests by utilities seeking ways to avoid an immediate and direct pass-through of billions of dollars in February storm costs.

One of the requests to be considered at a Thursday meeting of the commission is from Oklahoma Gas and Electric whose parent company, OGE Energy Corp. had to secure $1 billion in interim financing to pay for the fuel and power costs during the storm.

OGE asked to make its costs a regulatory asset in order to defer all fuel and and purchased power costs.

Arkansas Oklahoma Gas, a firm with 13,000 customers in eastern Oklahoma also made a request to make its costs a regulatory asset. AOG, in its filing stated that its extraordinary costs from the storm totaled $22 million, compared to the $4.5 million it spent for all of 2019.

The company said if the regulatory asset measure isn’t approved, it will be forced to start passing the costs through to customers starting with the firm’s first billing cycle in April.

“Absent regulatory intervention–these extraordinary costs will result in monthly bills that customers may not have the ability to pay, resulting in loss of service—,” stated the firm in its request. 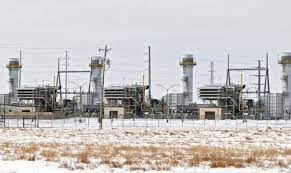 Liberty-Empire Service based in Joplin, Missouri has 218,000 customers in Missouri, Kansas, Oklahoma and Arkansas. The firm also wants the ability to establish regulatory asset, stating that its winter storm costs were an estimated $218 million compared to $129 million for all of 2019.

The estimated costs for the 4,700 Oklahoma jurisdictional customers is $6,670,800. The company said without immediate adoption of alternative regulatory measures, its “extraordinary” costs would be passed through to customers in early April.

“Time is of the essence,” stated the firm in its request. “The relief requested should be authorized before the extraordinary costs arising from the winter weather emergency flow into Liberty-Empire’s—” billing cycle for April.