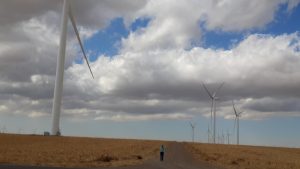 Kansas legislators started debate this week on a bill to create more government regulation on the state’s wind industry.

The Kansas Reflector described Thompson as a climate change denier and reported his bill, if approved and signed into law would pull the plug on the state’s $14 billion industry.