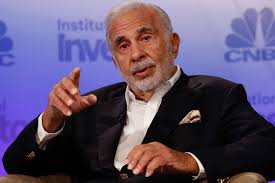 Investment activist Carl Icahn, the billionaire who controls Oklahoma’s SandRidge Energy and refinery operator CVR Energy is at it again.

This time, he has struck a deal with Ohio-based utility FirstEnergy Corp. to give him two seats on the company’s board which is being expanded to 14 members as a result of the agreement. The Wall Street Journal reported the seats will be filled by Jesse Lynn and Andrew Teno who will join committees focused on doing a better job of compliance and also bringing an end to some of the litigation over a bribery scandal.

The appointments of Lynn and Teno will also give Icahn a chance to avoid a potential proxy fight. Icahn reportedly controls more than 3% of First Energy’s shares. He has not personally revealed the stake he has in the company. Reports indicate his share ownership worth more than $600 million, making him one of the firm’s top five holders.

FirstEnergy is based in Akron, Ohio and provides electricity to an estimated six million customers in several states including Ohio, Pennsylvania and West Virginia. Reports indicate the firm has a market value of more than $19 billion.

Icahn did the same thing with Oklahoma City-based SandRidge Energy in 2018 in a proxy fight that ended with him taking five seats on its board. He also won a poison pill fight and one over the company’s executive compensation plan.

At the time, Icahn owned 13.6% in SandRidge and launched a takeover of the company that resulted in the firm’s former chief executive and finance chief being ousted.

Today, many of the Icahn-appointed members are still on the board including Frates, Lipinski, Christodoro and Read.