Oil prices drop below $60 in US trading

EV to get heavy funding in Biden’s infrastructure plan 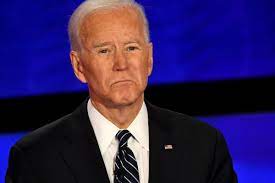 He calls it the American Jobs Plan and it reportedly includes $174 billion toward vehicle electrification. Part of that huge amount will be a goal of creating 500,000 new charging stations by 2030 and the swapping out of 50,000 diesel transit vehicles, according to POLITICO.

The plan also includes 20% of school buses being converted to electric. The President also wants to switch the entire federal vehicle fleet to electric, believing it will help do more in his battle against climate change.

The more than $2 trillion plan includes an estimated $580 billion in research and development investments for clean energy as well as the capping of hundreds of thousands of abandoned oil and gas wells and mines across the U.S.

Biden’s proposal would target drinking water and wastewater, something that already recently won the support of Democrats and Republicans in the Senate Environment and Public Works Committee which approved the Drinking Water and Wastewater Infrastructure Act. Oklahoma Sen. Jim Inhofe sits on the committee.

Republicans are critical of the cost, wondering how the President will pay for it. No worry. Since Democrats already have a razor-thin margin in the House and Senate, Senate Democrats are already talking of using reconciliation to avoid any opposition or serious questioning of the plan by GOP members.