Oil and gas industry ads under fire from ad agencies

ConocoPhillips reports drop in oil production due to February storm 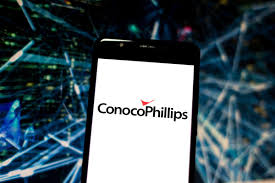 ConocoPhillips provided a preliminary first-quarter 2021 operational and financial update on Wednesday including a drop in oil production caused by the major winter storm in February.

The company said it expects first-quarter production to be 1,470 to 1,490 thousand barrels of oil equivalent a day. It cited a drop of 50 MBOED in what it called “unplanned weather impacts” experienced as a result of the February storm that paralyzed Texas and caused significant power failures in Oklahoma.

The preliminary guidance included the firm’s takeover of Concho Resources, a move that ConocoPhillips expected to result in losses of $300 million before tax from commodity hedging positions.

The company will release its first-quarter 2021 operational and financial results on May 4 and host a conference call on the same date at 11 a.m. Central Time.