Congress looks into shipment of crude oil by rail 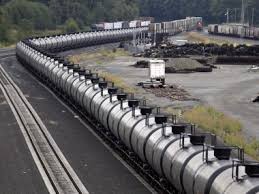 A House committee this week begins an exploration of rail transportation and the growingly-important role it plays in energy in the U.S.

Here’s why it’s important for the oil and gas industry. With the death of the Keystone XL pipeline at the hands of President Biden, oil from Canada will be moved southward to the Gulf Coast refineries by use of rail tankers or trucks.

The prediction was made clear by supporters of the pipeline immediately after the President killed the line who said pipelines would be far safer to transport oil than rail tankers or trucks.

In a hearing entitled “Full Steam Ahead for Rail: Why Rail is More Relevant Than Ever for Economic and Environmental Progress,” the Transportation Committee’s subcommittee on Railroads, Pipelines, and Hazardous Materials will hold a hearing on Wednesday.

One of those testifying will be Tom Williams, the Group Vice President for Consumer Products of Burlington Northern Santa Fe Railway.

Caren Kraska, President and Chair of the Arkansas & Missouri Railroad will also testify. Other witnesses include Shannon Valentine, Secretary of Transportation in Virginia and Greg Regan, President of the Transportation Trades Department of the AFL-CIO.