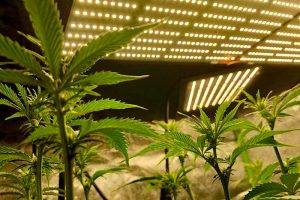 Many Coloradans like to think theirs is a green state with significant anti-oil and gas efforts and movements to rid the state of its coal-fired power plants. But a new scientific study found that the state’s legal cannabis production actually emits more greenhouse gases than the state’s coal mining industry.

The cannabis farms are legal in Colorado along with hemp farms. The study by Colorado State University research Hailey Summers and her colleagues quantified and analyzed the greenhouse gas emissions produced by cannabis growers reported New Scientist.

While extensive efforts have been led to rig Colorado of its coal-fired power plants, the New Scientist did not indicate if a similar effort would be made against the legalized pot farms.