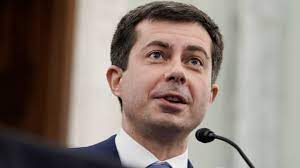 After being literally roasted by his critics for suggesting a mileage tax could be on the table to pay for the President’s multi-trillion-dollar infrastructure plan, Transportation Secretary Pete Buttigieg quickly backtracked on Monday.

“No, that’s not part of the conversation,” he said succinctly in an interview Monday with CNN.

It was a far cry from what he said a few days earlier, a statement that stirred up a storm in Oklahoma and elsewhere in rural states.

“I’m hearing a lot of appetite to make sure that there are sustainable funding streams,” Buttigieg said. A mileage tax “shows a lot of promise.” It’s what he told CNBC on Friday.

“When you think about infrastructure, it’s a classic example of the kind of investment that has a return on that investment,” he said. “That’s one of many reasons why we think this is so important. This is a jobs vision as much as it is an infrastructure vision, a climate vision and more.” 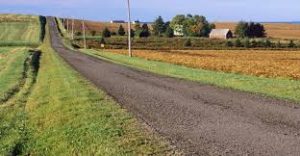 Reuters indicated that Buttigieg “spoke fondly” of a mileage levy which would tax drivers on the distance of their driving rather than on how much gasoline they purchase at the pumps.

“A so-called vehicle-miles-traveled tax or mileage tax, whatever you want to call it, could be a way to do it,” he said.

The Transportation secretary’s comments came as President Joe Biden prepares to detail during a trip to Pittsburgh on Wednesday his sweeping infrastructure proposals that could cost $3 trillion to $4 trillion. 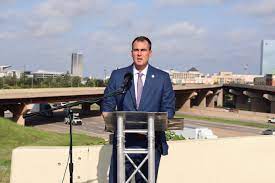 It was just about 8 months ago when Oklahoma Gov. Kevin Stitt and Secretary of Transportation Tim Gatz announced the state had finally made it to the top ten best states for bridge conditions. Oklahoma ranked ninth according to the latest data from the Federal Highway Administration. 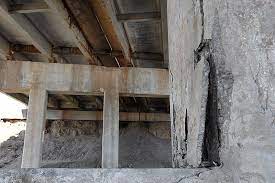 Oklahoma had historically ranked near the bottom in national bridge conditions, hitting 49th in 2004. In 2004, nearly 1,200  or nearly 20% of Oklahoma’s 6,800 highway bridges were considered structurally deficient, meaning they showed signs of needing major rehabilitation or replacement.

“Top Ten isn’t just a slogan — it is the vision that helps form and guide our road map to improving state government and changing the future of all 4 million Oklahomans for the better,” said Gov. Stitt in August of 2020.

“Transportation is the backbone of the economy, and this designation shows Oklahoma is a new national leader in highway bridge infrastructure thanks to the dedication of ODOT employees and an unprecedented investment in our bridges by the Legislature.”

The huge jump in improvement came after the Oklahoma Department of Transportation launched a massive effort in 2005 to improve highway bridges. 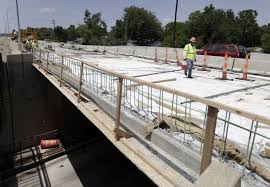 A targeted approach to fixing bridges began taking shape through a series of legislative funding mechanisms and identifying key funding opportunities by the congressional delegation.

“This overhaul on our highway bridges took more than 15 years and has only been possible thanks to the consistent vision and support of our governors, legislators and congressional delegates,” said Sec. Gatz last August.

“We also have to thank Oklahomans for making transportation a priority, as this issue rose to the top of state needs due to significant citizen support. This unprecedented program was only possible with a united focus on Oklahoma’s future.”

As of August 2020, only 86 or 1.3% of the highway bridges in the state were still considered structurally deficient based on bridge inspection data submitted to the FHWA by states for its 2019 report. ODOT said each of the remaining bridges was scheduled for improvements through its eight-year construction plan.

The 86 bridges are part of the highway system and the list did not include what are considered “off-system” bridges on city streets and county roads separately maintained by local government.  Those off-system bridges total nearly 16,000 across the state and have their own critical needs and funding challenges.

Oklahoma’s ranking of ninth in the country is for the highway system even though national studies often combined the highway and off-system bridges into one lump overview, according to ODOT.