Williams to be part of energy conference

A pipeline first for FERC 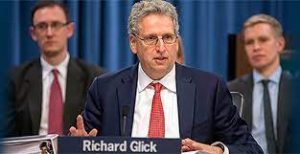 The federal energy board in charge of the nation’s pipelines has for the first time started consideration of how a natural gas line will affect greenhouse gas emissions.

With a new Democratic chair, Richard Glick at the helm, the Federal Energy Regulatory Commission voted 3-2 to approve a pipeline operator’s request to replace 87 miles of natural gas pipelines in South Dakota and Nebraska, finding that the project’s climate-warming carbon emissions would not be significant.

The Associated Press reported the ruling marked the first time the commission has formally assessed a pipeline’s greenhouse gas emissions and their expected contribution to climate change, a reversal of policies pursued under Republican chairs appointed by former President Donald Trump.