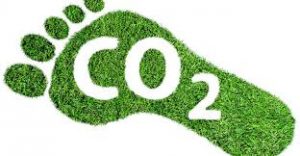 An Iowa company launched a huge $2 billion effort to capture carbon dioxide from 17 Midwestern ethanol plants and pipe it to North Dakota for storage deep underground.

Summit Carbon Solutions is behind the effort which could be operational by 2024.It would require a pipeline to be constructed from Iowa to North Dakota.

It has the potential to capture and store up to 10 million tons of carbon dioxide per year underground, equivalent to taking 2 million cars off the road, according to Summit reported the Bismarck Tribune.