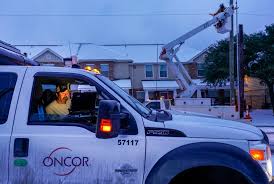 Writing in USA Today, contributor Jason Hayes has another opinion about the massive power failure in Texas—that the state’s renewable energy sources were so large because of state mandates and federal subsidies and in turn, it led in part to the deadly situation. He says the outages were “inevitable.”

“Over a decade of misguided green energy policies are wreaking havoc in Texas and the lower Midwest right now — despite non-stop claims to the contrary,” wrote Hayes.