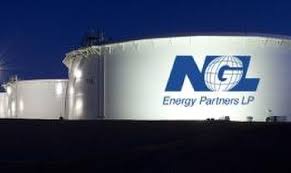 Tulsa’s NGL Energy Partners reported a third quarter loss of $380.4 million and a drop in operating income it blamed on the rejection of contracts with Extraction Oil and Gas. The company compared the loss to the $49.1 million in income in the third quarter of Fiscal 2020.

NGL also said income fell because of impairment charges of $383.6 million caused by the legal fight with Extraction, one that was eventually settled in December 2020.

Adjusted EBITDA for the third quarter was $125 million, an amount affected by lower volumes on the Grand Mesa Pipeline and lower demand due to the COVID-19 pandemic. A year earlier, NGL reported adjusted EBITDA of $200.5 million for the quarter.

The company recently completed a private offering of $2.05 million in senior secured notes used to repay outstanding amounts under the firm’s existing $1.915 billion revolving credit facility due in October 2021.

“The Partnership made significant progress on numerous fronts during its fiscal third quarter,” said Mike Krimbill, CEO at NGL.

He said the finalization of negotiations with Extraction to transport preserved barrels of oil on the Grand Mesa Pipeline “removed a significant point of uncertainty” in the company’s future earnings.

During the three months ended Dec. 31, 2020, the Grand Mesa Pipeline averaged about 69,000 barrels a day compared to nearly 134,000 barrels a day for the quarter a year earlier. The pipeline flow is expected to grow this year because of increased drilling and completion in Colorado’s DJ Basin.