Inhofe votes against Regan’s nomination to run the EPA

Chesapeake emerges with slashed debt and a new board of directors 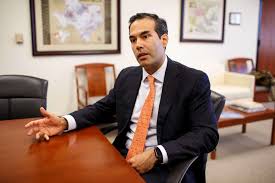 And in Texas, the State General Land Office Commissioner George P. Bush announced formation of the Texas Defense Task Force to identify federal overreach and “fend off threats to the Texas oil and gas economy.”

He noted that his office has a constitutional duty to protect and defend the state’s public and the mineral-rich lands set aside for its school children.

“The unprecedented pace at which the Biden Administration is attempting to wipe out jobs through executive orders will be met with the full force of the law,” said Bush.

“The Texas Defense Task Force is prepared to aggressively pursue every legal avenue to slow down and stop this alarming onslaught of executive orders and defend the hundreds of thousands of good-paying jobs and our economy at large.”

Bush said a recent analysis showed that nearly 120,000 Texas jobs are at stake by 2022 should the ban be made permanent.

His announcement stated he has drawn a line in the sand and will make a series of lawsuits to be announced in the coming weeks.