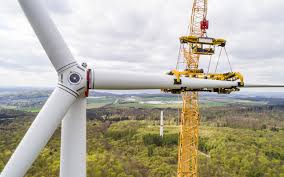 Texas remains far and above the number one wind industry state in the U.S. as the industry recorded its strongest year ever last year with record growth. New construction in Oklahoma ranked third in the nation.

The wind industry nearly doubled installations over those in 2019 and built nearly 17 gigawatts of capacity. The new construction ranked Texas number one followed by Wyoming, Oklahoma and Iowa.

The 122 gigawatts of operating wind-power capacity now in the U.S. is enough to power nearly 38 million homes according a report from the American Clean Power Association.

Project owners commissioned 54 new wind projects across 20 states in the fourth quarter, including two of the nation’s largest single-phase wind projects in history in New Mexico and Texas according to the report. 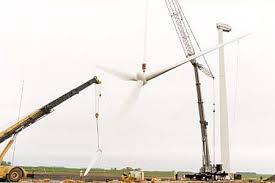 At a state level, Texas led with 2,197 MW installed during the fourth quarter, followed by Wyoming (895 MW), Oklahoma (866 MW), Iowa (861 MW), and Missouri (786 MW). Notably, the addition of Sagamore Wind (523 MW) in the fourth quarter allowed New Mexico to claim the second largest single-phase wind project in the country.

“2020 was a banner year,” said Heather Zichal, chief executive officer of the association. “Despite all the challenges COVID-19 placed on our businesses, we still shattered nearly every record for capacity and growth.”