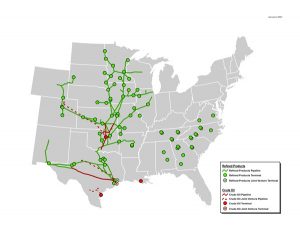 The capital-efficient expansion would increase the pipeline’s capacity by more than 5,000 barrels per day (bpd), to a new total capacity in excess of 30,000 bpd. The higher capacity could be available in late 2022 following the addition of incremental pumping capabilities.

The proposed expansion followed Magellan’s fourth quarter 2020 report showing a drop in net income from more than $286 million a year ago to about $184 million for the just concluded quarter. Magellan blamed the drop on reduced demand for refined productions caused by the COVID-19 and related restrictions.

The open season for the possible pipeline expansion will end March 19.