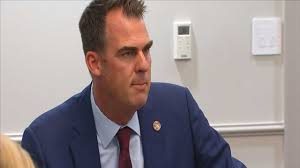 It appears that were it not for stockpiles of coal, the rolling blackout issue in Oklahoma this week would be worse. At least that’s the claim from Gov. Kevin Stitt in a Tuesday morning interview on KWTV News 9.

“Thank goodness we had stockpiles of coal at the generation plants because right now, 46% of our energy is being generated through coal,” said the Governor. He also pointed out the power supply problem was exacerbated by a small production from renewable energy sources. Solar was down to zero percent and only 12% was from wind power.

“So with the freezing of the turbines, wind production’s been down,” said Gov. Stitt who also pointed to freezing weather causing supply problems of natural gas being transported to the power plants.

“The good news is we got other wells starting to turn on,” he said referencing to increased production from natural gas wells in the state. “We got natural gas being delivered to the utilities. We’re in constant communication with them.”

When questioned why the state hadn’t responded better to the extreme cold weather, the Governor repeated it was “historic” cold weather and was colder than expected by the utilities.

“They didn’t think it was gonna be record cold like this. Basically the demand is an historic storm. It exceeded every model that the utilities had predicted.”

While he could not offer specifics as to the decision-making failures that resulted in tens of thousands of Oklahomans experiencing power interruptions, the governor promised an investigation.

“We’re gonna have to do a post mortem on this issue of what happened, why we didn’t have excess generation available at our power plants. What do we do with coal? With natural gas. Nuclear, solar and wind when we have these kinds of events because this is not fun for anybody……I’m as frustrated as all Oklahomans are right now.”