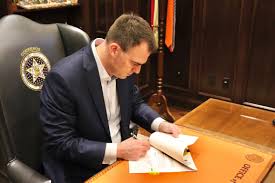 In his order, Gov. Stitt declared that Oklahoma has the right to determine how to best develop its own natural resources.

As the Tahlequah Daily Press reported, Democrats were critical of the governor’s order saying Oklahoma has been negligent in holding oil and gas producers accountable.