Everyone thinks they have the answer to the Texas power crisis 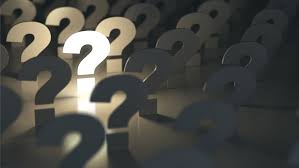 The historic freeze that left nearly three dozen people dead in Texas raised question after question why the state was especially hit hard by the massive power failure? Who was responsible? What agency? Who failed to take action—in the past week and in the past several years?

Some things are coming to light in which it’s clear the state did not heed to advice and studies from years ago that urged it to become better prepared for such catastrophic and deadly events as the Arctic-like weather that literally froze the state.

Some blame deregulation of energy in Texas. Still others blame the proud boast of Texans of being in the Republic of Texas. That’s the focus of a story in the New York Times. (Click here to read)

Other reports contend the state failed to respond to a study of the 2011 power failure during the Super Bowl. The study was conducted by the Federal Energy Regulatory Commission and the North American electric Reliability Corporation and urged the state to spend $1.75 billion to “winterize” 50,000 natural gas wells, according to the Associated Press. (click here for the AP story).

As Reuters pointed out in its version of the story, there is no regulatory requirement of a utility being forced to “winterize” for extreme cold weather. (Click here for the Reuters story.)