EPA nominee promises the ‘power to convene’ in his decisions 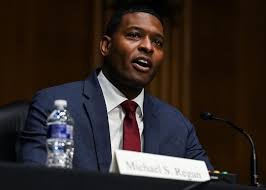 While President Biden made unilateral moves against the oil and gas industry without consulting its leaders, his EPA nominee Michael Regan told Oklahoma U.S. Sen. Jim Inhofe on Wednesday he will “bring everyone to the table” before making his big decisions.

Regan went before the U.S. Senate Environmental and Public Works Committee where he was questioned by Sen. Inhofe who expressed his concerns about banning fossil fuels, banning air travel and the war on fossil fuels.

“What I’d like to ask of you, Michael, is that you sit down with me and other members of this committee and talk over the different aspect of that what is alleged to be the Green New Deal and what it’s really going to mean in terms of putting it together. 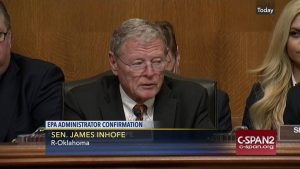 “Well I can pledge to you that I will move forward the way I have in North Carolina. Which is using the power to convene,” answered Regan.

Sen. Inhofe voiced his worries about the permitting of pipelines and whether they would be allowed if Regan were to be confirmed as Administrator of the Environmental Protection Agency. He also raised the issue of the approaching U.S. Supreme Court hearing on challenges by Oklahoma refinery operators to what he called the “costly Renewable Fuel Standard” and Clean Air Act exempts offered to small refineries.

“Which would seem logical to me, that before establishing any real policies concerning small refinery exemptions, it might be a good idea to get the response from the United States Supreme Court on that case. What do you think?” asked the Senator.

“You know, I think that’s one way to go,” replied Regan. “The one thing I know I have to do is consult with our general counsel, understand where we are in the legal process and also understand what options do we have to continue conversations.”