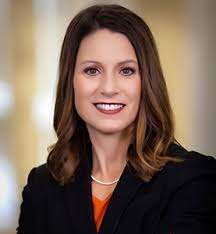 Oklahoma Gov. Kevin Stitt’s naming of two new cabinet secretaries this week included one with a long employment in the oil and gas industry.

The governor named Jennifer Grigsby to be the secretary of economic administration. Grigsby is a certified public accountant and previously was employed by Chesapeake Energy Corp. for nearly 18 years. Her most recent employment was with another Oklahoma City energy company, Ascent Resources LLC.

As economic administration secretary on the governor’s cabinet, Grigsby will oversee more than 20 state agencies including the state treasurer’s office, state auditor and inspector and the Oklahoma Tax Commission.

“Jennifer Grigsby will be an incredible asset to our team,” said the governor in announcing her appointment. “Her work ethic, drive for excellence and determination to move Oklahoma forward will have an immediate positive impact.” 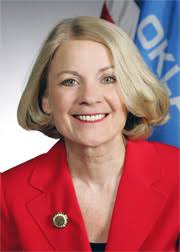 The governor also named former legislator Susan Winchester to be the secretary of licensing and regulation. She will oversee more than 80 state agencies. Winchester served in the Oklahoma House from 1998-2008 and was the state’s first female speaker pro tempore. She was most recently president of the Research Institute for Economic Development.