Critics pounce on Icahn as he attempts takeover of FirstEnergy 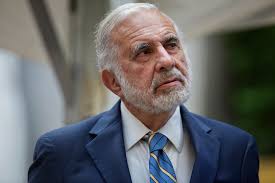 He already controls SandRidge Energy in Oklahoma City and owns CVR Energy, operator of Oklahoma’s Wynnewood Refinery and as Carl Icahn sets his sights on Ohio’s FirstEnergy, his critics are unleashing a torrent of harsh words for the activist investor.

Icahn’s been labeled a “corporate raider” for years and now he’s being called “notorious,” “greedy,” and a “vulture.”

Click here for the story from the Energy News Network.