ONE Gas 4Q report delayed by winter storm and blackouts

Climate advisor gets a mild scolding over her middle America criticism 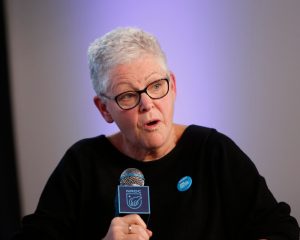 National Climate Adviser Gina McCarthy recently rubbed someone the wrong way when she said it was time to get “the middle of the country understanding and active on climate.”

That someone was Sen. Chuck Grassley, the Republican from Senator who has been a major supporter of biofuels. He didn’t care for her comment about middle America, sometimes to referred to as “flyover” country.

Her disparaging comments prompted him to send her something of a “get your facts straight before opening your mouth” kind of letter, inviting her to visit Iowa and learn about the state’s renewable fuel production . 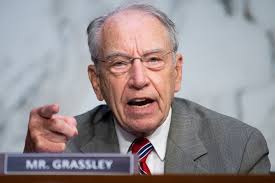 “Surely belittling folks in the middle of the country with disparaging comments is not what President Biden meant in his inaugural address,” wrote the Senator. “Therefore, in a show of unity, I would like to invite President Biden, yourself, other relevant cabinet officials, and White House staff working on energy and environmental issues to come to Iowa and learn.”
He previously invited McCarthy in 2009 to visit an Iowa farm to learn about corn and soybean farming technology. She took him up on the offer back then.
“In your trip to Iowa previously, you expressed a willingness to learn from people in the middle of the country. It seems that another visit is in order to see the tremendous progress we have continued to make,” added Sen. Grassley.
McCarthy’s comments also provoked Grassley to point out that since her 2009 visit, Iowa now ranks second in the nation for wind energy production and leads the U.S. with the highest wind power share.