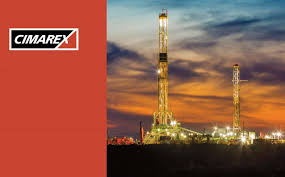 Things turned around for Denver-based Cimarex Energy as the company reported fourth quarter 2020 net income of $24.7 million or 25 cents a share.

Total debt at December 31, 2020 consisted of $2.0 billion of long-term notes.  Cimarex had no borrowings under its revolving credit facility and a cash balance of $273.1 million at year-end.

The company’s oil volumes were also down in the fourth quarter, averaging 67.8 thousand barrels a day while the entire 2020 average was 76.7 MBbls, a drop of 11% over the year.

Cimarex invested more than $577 million in 2020 in exploration and development including its operations in Oklahoma.