Chesapeake emerges with slashed debt and a new board of directors

Chesapeake Energy Corporation announced Tuesday it has successfully emerged from the $9 billion Chapter 11 bankruptcy it filed last year, coming out with $1.2 billion left in debt and a new board of directors.

The new Chesapeake Energy, one without at least 220 employees who were informed last week their jobs were lost as part of the emergency came out with $7.8 billion in debt that was equitized. In addition, the company’s preferred and common equity interests were cancelled as of Feb. 9, 2021. 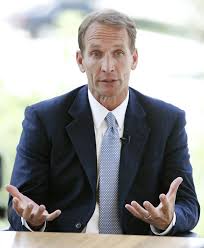 “We have fundamentally reset our business, and with an improved capital and cost structure, disciplined approach to capital reinvestment, diverse asset base and talented employees, we are poised to deliver sustainable free cash flow for years to come,” added Lawler.

The company will also have nearly 100 million new common shares as Chesapeake made numerous SEC filings in which old shares were eliminated. Chesapeake’s new shares will be listed on the NASDAC Exchange under the ticker symbol “CHK” and trading will begin Wednesday, Feb. 10, 2021.

Chesapeake’s announcement stated the company entered into a credit facility with a $2.5 billion borrowing base. The company borrowed $50 million on the facility on Tuesday and $51 million reserved for undrawn letters of credit outstanding.

Last week, the company issued $1 billion of new senior unsecured notes which replaced the committed exit first lien last out term loan the company had negotiated for in connection with filing for Chapter 11. 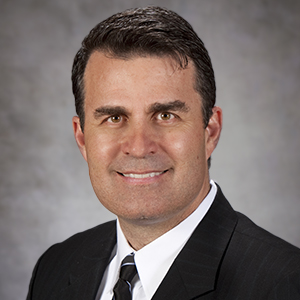 Wichterich, acting chairman since February 2021, is Founder and Chief Executive Officer of Three Rivers Operating Company LLC, a private exploration and production company with a focus in the Permian Basin

Timothy S. Duncan has served as a member of Chesapeake Energy Corporation’s Board of Directors since February 2021. Mr. Duncan is the President and Chief Executive Officer and a Founder of Talos Energy.

Sarah A. Emerson has served as a member of Chesapeake Energy Corporation’s Board of Directors since February 2021. Ms. Emerson is currently the President of Energy Security Analysis, Inc. (ESAI) and the Managing Principal at ESAI Energy, LLC., which conducts research, forecasting, and consulting on markets related to global petroleum, natural gas, NGLs, alternative fuels, and vehicle technologies.

Matt M. Gallagher has served as a member of Chesapeake Energy Corporation’s Board of Directors since February 2021. Mr. Gallagher most recently served as President and Chief Executive Officer of Parsley Energy (NYSE: PE). He joined Parsley in 2010 to build its Engineering and Geoscience Department and was named Vice President and Chief Operating Officer in 2014.

The announcement of emergence from bankruptcy resulted in only a slight gain in Chesapeake Energy stock as shares increased 5 cents to $3.05 for a gain of 1.67%.