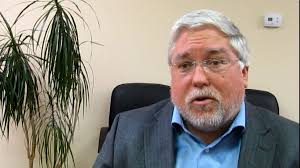 Put some West Virginia leaders among those critical of the President’s cancellation of the Keystone XL pipeline, a decision they believe will affect their state’s economy.

“We know we are dealing with folks who really don’t respect America’s energy independence and that is terrible for West Virginia,” said Attorney General Patrick Morrisey, R-W.Va. in an interview with WSAZ TV.

Morrisey says the order creates a ripple effect in the West Virginia economy. He says if jobs are at stake, he’s ready to take legal action if necessary. He didn’t indicate what kind of legal action could be taken.

The state’s two US Senators also opposed it and feared it will lead to increased rail movement of oil across West Virginia.

Sen. Joe Manchin, the Democrat who vowed to stop Democrats from some radical movements stated the pipeline was the safest way to move oil across the country.

“It hasn’t been that long ago we had a train derailment that was carrying that crude in through West Virginia and had a horrible explosion, so I know it’s much more dangerous to move it by rail or by road,” Manchin said.

Manchin says it’s clear the heavy crude coming from Canada will still be brought to refineries, either by truck or by rail.

The state’s Republican Sen. Shelly Moore Capito voiced her opposition as well to the cancellation of the line.

“Killing the Keystone XL pipeline and rejoining the Paris Agreement will eliminate good-paying jobs,” said in a statement.

The senator said the move comes at the expense of low-income and rural families who rely upon industries opposed by liberal environmental groups.

” My constituents and I have not forgotten the harm brought by this approach under the Obama administration. In these next four years, it is imperative that Congress aggressively exercises oversight and pushes back on the worst impulses of Washington bureaucrats when it comes to West Virginians’ way of life.”