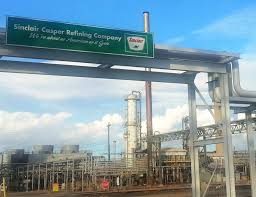 Two of the three U.S. refineries that received biofuels waivers in the last days of the Trump Administration’s EPA belong to the Sinclair Oil Operation and are located in Wyoming.

Reuters had yet to learn the identity of the third refinery. The approval of the waivers came as biofuel industry supporters urged the EPA against granting any more exemptions until the U.S. Supreme Court hears a challenge by the Wynnewood Refining Company in Oklahoma and the HollyFrontier refineries in Wyoming and Utah.

Wynnewood and HollyFrontier appealed a ruling made one year ago this month by the 10th U.S. Circuit Court of Appeals in Denver. The court ruled in favor of the biofuels industry as well as corn growers in Iowa who supported mandated blending of ethanol with gasoline at small refineries.