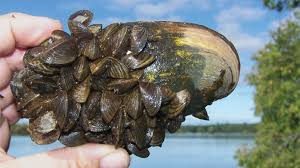 This is the story of how a mussel left government bureaucracy totally confused and also led to the filing of a bill in the Oklahoma legislature to re-establish the Red River Boundary Commission.

Why re-establish the Commission? It’s a long story but one that bears to be told.

It started in 2009 when the aquatic invasive species Zebra Mussell was found in Lake Texoma, a lake shared by Oklahoma and Texas. It is also a lake that provides 28% of the available water supply for northern Texas cities and towns through the North Texas Municipal Water District.

When the Zebra Mussel was discovered, it was in the middle of a drought and adding to the bureaucratic headache was the redrawing of the state boundary in 2000. A survey found that the Water District’s pump station at the Lake was “almost entirely in Oklahoma.” 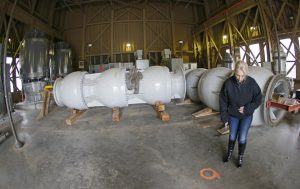 Denice Hickey points to a circle that marks the official border between Oklahoma and Texas inside a water pumping station on Lake Texoma, Texas, Thursday, Nov. 14, 2013. Photo by Bryan Terry, The Oklahoman

The Water District made it clear in its own website, that “after the Zebra Mussels discovery, if the District continued to pump water across “state lines,” we’d be in violation of the Lacey Act, which bans transport of injurious species, and subject to penalties of up to $500,000 for each offense.”

So in order to safely transport water from Lake Texoma, the Water District ended up getting congressional approval to build a $310 million 46-mile raw water pipeline, which it did. The district said it worked with numerous local, state and federal agencies to regain access to the major source of supply for the North Texas region “while safeguarding” its waterways. 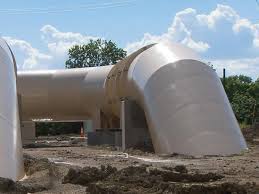 The district started construction of the new line in 2012 after working with the Texas and Oklahoma legislatures. It resumed pumping water from Lake Texoma in June 2014.

Ah, but what about the boundary line showing the Texas pump was actually in Oklahoma?

Texas wanted the state line change approved in 2013 but nothing was accomplished until this year.

Enter Durant State Sen. David Bullard. He filed Senate Bill 627 which will be heard next month by the Oklahoma legislature. It calls for the re-establishment of the former Red River Boundary Commission so the state line can be changed to put the Texas water pump back into the state of Texas. 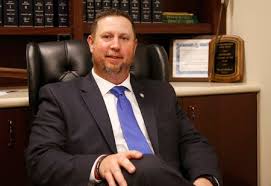 He explained the 2000 survey of the state line was carried out when the original survey of the early 1930s was done just prior to the construction of the lake in 1936.

“The bill will re-establish the commission and the state line and they’ll be able to pump the same amount of water,” he told OK Energy Today.

But the Commission will have to meet, if the legislature passes his bill and the governor signs it. Sen. Bullard estimated the earliest the commission could adopt a boundary change would be late 2021 or in 2022.

“We still have a challenge ahead as the work continues toward a new state boundary that would put our pump station back in Texas as it was when it was originally built in 1989,” stated the District in its website.